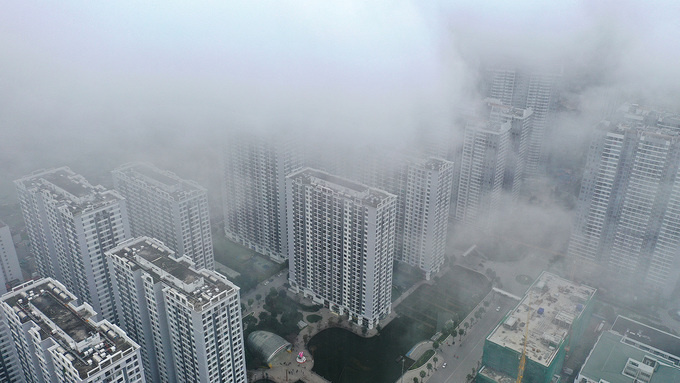 Thick fog blankets high-rise buildings in Hanoi in a morning in September 2019.

Food safety and air pollution are issues that concern urban Vietnamese the most, a recent survey has found.

The survey, done by market research firm Indochina Research, interviewed more than 300 people aged 18 to 60 in the country's biggest cities Hanoi and Saigon, about what they thought were the most pressing social concerns.

Women in particular paid much more attention to food safety and healthcare access than men, according to the latest survey released.

People from lower-income backgrounds cared more about healthcare, clean water and access to education access, while higher-incomers paid more attention to air pollution. The survey findings suggested that people tend to care more about issues that directly affect their daily lives, rather than political or global issues. 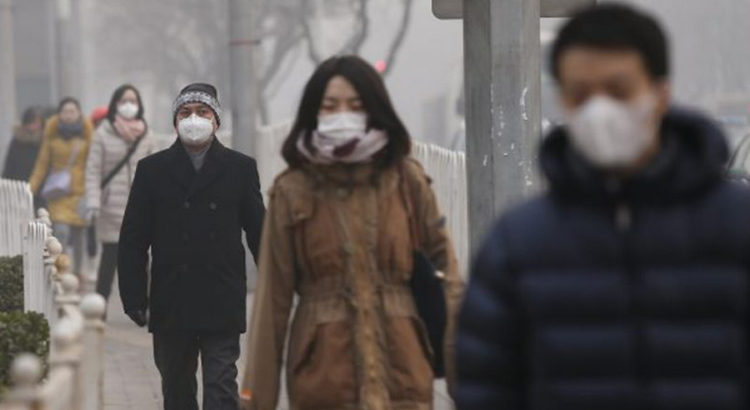 Food poisoning is not an uncommon occurrence in Vietnam, with local media reporting several cases of people being sent to the hospital over the issue. Last year, 55 children aged 7 to 12 had to be hospitalized after a church service in Saigon where they were served bread rolls and chicken floss. Hanoi also reported a similar incident last year when 188 nursery kids were hospitalized with food poisoning symptoms after partaking of a buffet with sausages, beef, rice and vegetables.

586 cases of food poisoning, leading to three deaths, were recorded this year, according to the General Statistics Office.

Meanwhile, Hanoi was ranked the second most polluted city in Southeast Asia in a World Air Quality Report prepared by Switzerland-based air quality monitor IQ AirVisual. Saigon was ranked 15th in the report.

It said there was a strong correlation between industry, transportation and air pollution in urban areas. Hanoi in particular, which has 7.7 million people, has more than five million motorbikes and 550,000 cars.

Pollution in the world and in particular in Vietnam is getting worse day by day, inevitably affecting the health of population. We may not feel negative health effects immediately, but gradually the accumulation of toxic compounds in the body leads to the development of chronic, sometimes incurable diseases of respiratory system, undermines cardiovascular system, causes to different types of cancer in children and adults.

To reduce the toxic overload on the body, doctors recommend conducting periodic courses of cellular body detoxification, because the amount of toxins that enters our body is much bigger than our body can eliminate itself. Everyday explosion to polluted air, water and food, creates a lot of pressure on the liver and kidneys – the organs that filter the blood from toxins. To help to body to work smoother, it’s good to take detox supplements - products, which after entering our body, like a vacuum cleaner bind toxic compounds and eliminate them from the body in a natural way.

Detox health supplement #1 in Vietnam is PECTIN COMPLEX is a 100% natural product for complex body detoxification. This product is manufactured in Ukraine in accordance with a sophisticated technology developed by 3 state institutes of the National Academy of Medical Sciences of Ukraine. 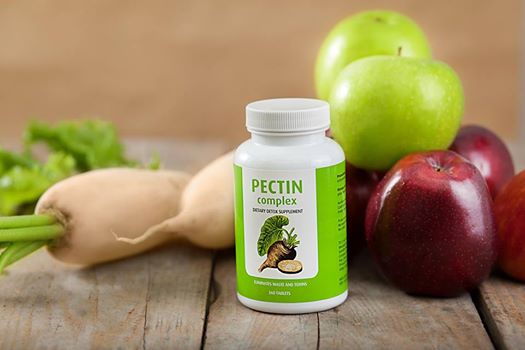 PECTIN COMPLEX has undergone a number of rigorous laboratory and clinical tests in Ukraine and in Vietnam that have confirmed its high effectiveness for eliminating heavy metals, nitrates, pesticides and affirmed the absolute safety of PECTIN COMPLEX for all groups of population, including pregnant and breastfeeding women, little children. Don’t waste time, don’t let the pollution to destroy your heath! Start detoxification today!