Hanoi is highly polluted in 2018

Due to Viet Nam News Hà Nội witnessed severe air pollution exceeding air quality guidelines of the World Health Organisation (WHO) on nine out of every 10 days in 2018.

This was revealed in the latest report of Hà Nội-based Green Innovation and Development Centre (GreenID).

Based on the report, Hà Nội has 91 per cent days of excessive PM2.5 levels.

PM, or particulate matter, is a mixture of solid particles and liquid droplets found in the air. PM2.5 is some 1/30th in thickness of a human hair. It can easily pass through the lungs and get absorbed into the bloodstream, causing adverse health effects.

The report analyses air quality data recorded by the US Embassy’s monitoring station and compares air quality of 2018 with the past two years. It shows that air quality in Hà Nội has deteriorated, with 80 per cent of the recording hours experiencing an “unhealthy” level compared to 64 per cent in 2017. 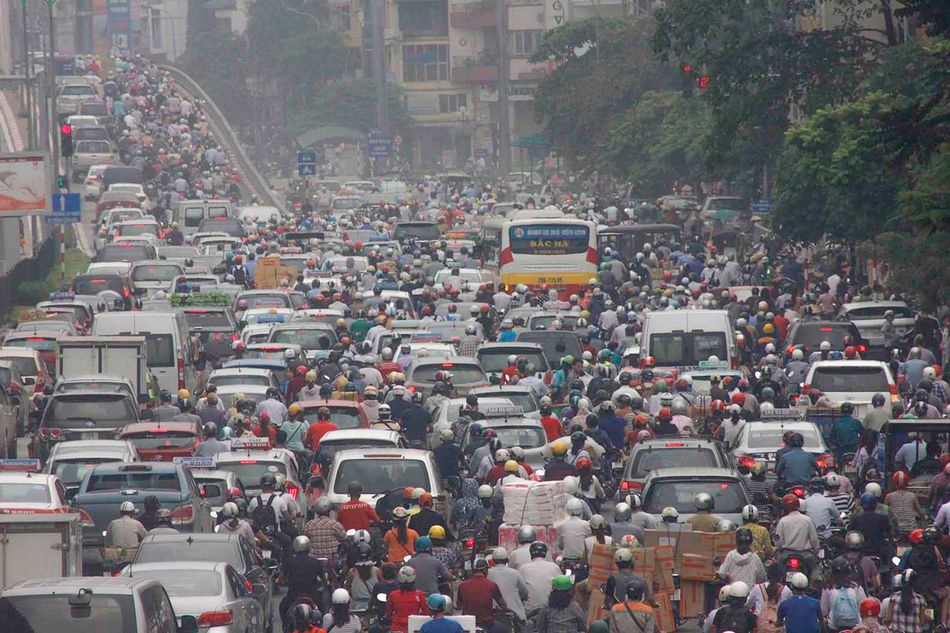 Nguyễn Thị Hằng, GreenID coordinator of clean water and air, stressed upon the significance of the report in warning about Hà Nội’s air quality.

“The information was released for people to protect themselves and their families against the rising pollution levels,” she said.

Meanwhile, a survey conducted by the organization on 1,000 people reveals that transportation, industry and energy production are the top three agents blamed for causing air pollution in cities. 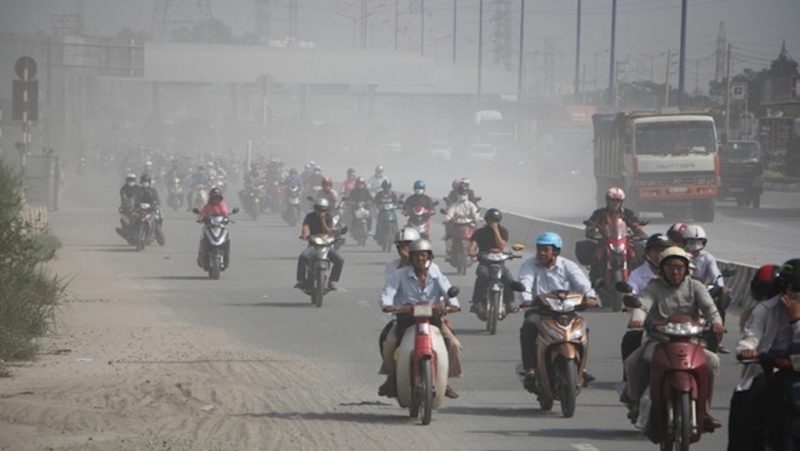 “GreenID is calling upon the government to increase monitoring and strengthening of air pollution control by issuing a new clean air act, aiming to raise emissions standards for coal power plants and traffic,” she added.

Earlier this month, WHO released the updated database according to which seven million people in the world die annually due to exposure to fine particles in polluted air.

While all regions in the world suffer from air pollution, low-income cities are the most vulnerable.

The highest ambient air pollution levels are in the Eastern Mediterranean Region and in Southeast Asia, including Việt Nam, with annual mean levels often exceeding the WHO PM2.5 limit of 10μg/m3 per year by more than five times. — VNS

As currently the situation with environmental pollution in Vietnam is egregious, doctors call people to conduct preventive measures in order to reduce or even to avoid chronic intoxication of the body. And wearing a mask when riding a bike is absolutely not enough. Doctors recommend people to use effective and natural products for body detoxification with a unique mechanism of action. On the Vietnamese market there is a product imported from Ukraine which meets all these characteristics. This is PECTIN COMPLEX.

PECTIN COMPLEX has scientifically proven effectiveness for  elimination of   all chemical substances  that enter the body from polluted environment, food and water, reducing toxic load on the body and prevents the development of serious chronic, environmentally dependent diseases.  This product has a unique, smart mechanism of action: while eliminating toxins, PECTIN COMPLEX remains vitamins and essential vitamins unaffected. The health supplement is 100% natural and does not have any sides effects or contraindications, that’s why it’s officially approved for intake for pregnant women, breastfeeding mothers and  children.