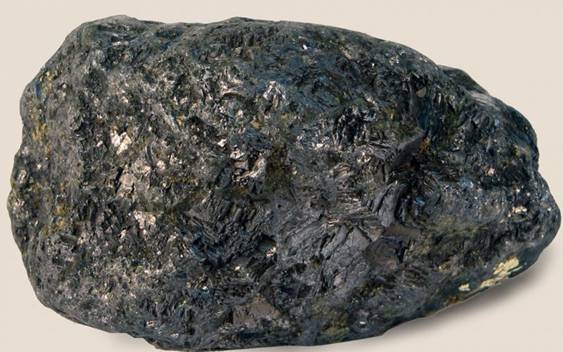 Lead is a naturally occurring toxic metal found in the Earth’s crust. Its widespread use has resulted in extensive environmental contamination, human exposure and significant public health problems in many parts of the world.

Important sources of environmental contamination include mining, smelting, manufacturing and recycling activities, and, in some countries, including Vietnam, the continued use of leaded paint, leaded gasoline, and leaded aviation fuel.

More than three quarters of global lead consumption is for the manufacture of lead-acid batteries for motor vehicles.

Drinking water delivered through lead pipes or pipes joined with lead solder may contain lead. Much of the lead in global commerce is now obtained from recycling.

WHO IS IN DANDER?

Young children are particularly vulnerable to the toxic effects of lead and can suffer profound and permanent adverse health effects, particularly affecting the development of the brain and nervous system. Lead also causes long-term harm in adults, including increased risk of high blood pressure and kidney damage. Exposure of pregnant women to high levels of lead can cause miscarriage, stillbirth, premature birth and low birth weight.

WHO IS EXPOSED TO LEAD?

People can become exposed to lead through occupational and environmental sources. This mainly results from:

For urban residents the main source of lead exposure of is the use of certain types of unregulated cosmetics and medicines. High levels of lead have, for example, been reported in some traditional medicines used in countries such as Vietnam, Mexico and India.

Young children are particularly vulnerable to lead poisoning because they absorb 4–5 times as much ingested lead as adults from a given source.

Moreover, children’s innate curiosity and their age-appropriate hand-to-mouth behaviour result in their mouthing and swallowing lead-containing or lead-coated objects, such as contaminated soil or dust and flakes from decaying lead-containing paint. This route of exposure is magnified in children with a psychological disorder called pica (persistent and compulsive cravings to eat non-food items), who may, for example pick away at, and eat, leaded paint from walls, door frames and furniture.

Exposure to lead-contaminated soil and dust resulting from battery recycling and mining has caused mass lead poisoning and multiple deaths in young children also in Vietnam, Nigeria, Senegal and other countries.

WHY LEAD IS SO DANGEROUS?

Once lead enters the body, it is distributed to organs such as the brain, kidneys, liver and bones. The body stores lead in the teeth and bones where it accumulates over time. Lead stored in bone may be remobilized into the blood during pregnancy, thus exposing the fetus. Undernourished children are more susceptible to lead because their bodies absorb more lead if other nutrients, such as calcium or iron, are lacking. Children at highest risk are the very young (including the developing fetus) and the impoverished.

Lead exposure has serious consequences for the health of children. At high levels of exposure, lead attacks the brain and central nervous system to cause coma, convulsions and even death. Children who survive severe lead poisoning may be left with mental retardation and behavioural disorders. At lower levels of exposure that cause no obvious symptoms, and that previously were considered safe, lead is now known to produce a spectrum of injury across multiple body systems. In particular lead can affect children’s brain development resulting in reduced intelligence quotient (IQ), behavioural changes such as reduced attention span and increased antisocial behaviour, and reduced educational attainment. Lead exposure also causes anaemia, hypertension, renal impairment, immunotoxicity and toxicity to the reproductive organs. The neurological and behavioural effects of lead are believed to be irreversible.

There is no known safe blood lead concentration. But it is known that, as lead exposure increases, the range and severity of symptoms and effects also increases. Even blood lead concentrations as low as 5 µg/dL, once thought to be a “safe level”, may be associated with decreased intelligence in children, behavioural difficulties, and learning problems.

BURDEN OF DISEASE FROM LEAS EXPOSURE

HOW TO PROTECT HEALTH FROM LEAD INTOXICATION?

Living in the conditions of polluted urban and industrial environment, you never know when your children and you and may be contaminated by lead.

So the best way to secure yourself and your family is to conduct prevention. The Ministry of Health of Vietnam and The National Institute of Occupational and Environmental health of Vietnam recommend periodic use of PECTIN COMPLEX -a natural, effective and safe detox health supplement imported from Ukraine.

PECTIN COMPLEX contains two powerful natural detoxifiers -medical grade sugar beet pectin and apple pectin, that are well known in the world for their strong ability to bind and naturally eliminate various toxins and heavy metals from the body.

Taking PECTIN COMPLEX, you will conduct a complex cellular body detoxification: cleanse your body from heavy metals, pesticides and nitrates that have accumulated in your body for many years. Besides that you will have your digestive functions improved, cholesterol and blood sugar levels normalized. Essential vitamins that are contained in PECTIN COMPLEX will rejuvenate your body and have anti oxidant effect.