The air in front and in the burning warehouse area has a high mercury value, which is 10 to 30 times higher than WHO recommendations, the Ministry of Natural Resources and Environment leader said.

At a press conference in the afternoon of September 4, Deputy Minister of Natural Resources and Environment Vo Tuan Nhan said that the Rang Dong thermos light bulb company reported that mercury sources could be released into the environment after the fire more than 15 kg, but according to calculations by scientists, the weight is over 27 kg.

"Thankfully, three Amalgam warehouses for production have not been burnt yet, meaning a large amount of mercury is outside the burnt area," Nhan said.

Results of monitoring samples, analyzing environmental quality of air, soil, water, solid waste (ash and slag after burning) of Hanoi Department of Natural Resources and Environment, Institute of Occupational Health and Environment (Ministry of Health) Health), Northern Environmental Monitoring Center (Vietnam Environment Administration) from August 30 to September 1 shows that 1 in 12 surface water samples at the monitoring point, 1.5 km from the Company, has mercury exceeds the standard by 1.3 times. 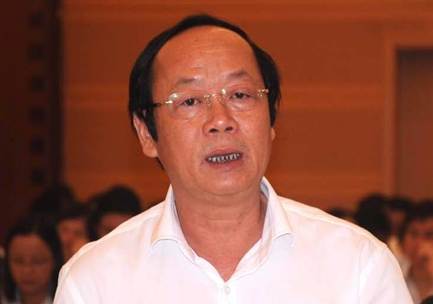 The General Department of Environment has also arranged 4 locations to sample mercury adsorption in the direction of air flow dispersion at a distance of 200 m, 500 m and 1,000 m from the burning warehouse fence.

With a distance of 200 m, mercury adsorption samples are all within the recommended thresholds of WHO and Europe (thresholds affecting human health in urban areas). The air monitoring points in front of the fire and in the burning warehouse have high mercury values, which are 10 to 30 times higher than WHO recommendations (the threshold that adversely affects human health in urban areas). ).

In addition, two of the nine surface water monitoring points with mercury values are outside the WHO recommended range (thresholds affecting human health), which are points in Ha Dinh lake and on To Lich river, at a distance from Lane 320 Khuong Dinh 1.5 km downstream.

The concentration of mercury in the soil environment at the monitoring locations does not exceed the threshold that may harm the environment and human health (as recommended by Canada); but the soil sample in the company's flower gardens is higher in mercury than in other locations.

"The fire in Rang Dong is an explosion of chemical safety and fire, which is considered to be a medium scale but has great damage to property and adversely affects the health of people and the surrounding environment; The main polluting chemicals are mercury and some heavy metals, "Nhan said.

According to him, after analyzing the results as well as based on WHO professional recommendations, "people living within a radius of 500 m from the burning warehouse fence will be affected by mercury pollution". 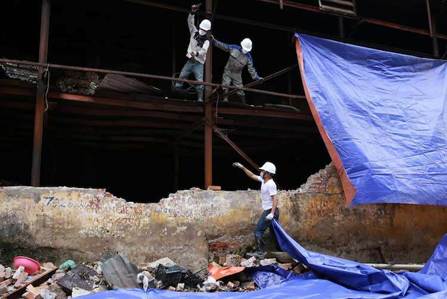 Workers covered with canvas burned on the afternoon of September 4. Photo: Tat Dinh

To solve the pollution, the authorities have asked the Company to urgently isolate the fire area, cover with corrugated iron roofs, cover with canvas to avoid rain, mercury vapor will not continue to spread.

For residual substances after the fire, the Company needs to collect and store in containers to handle as required for hazardous waste. The Ministry of Natural Resources and Environment has proposed that Hanoi coordinate with the Chemical Command (the Ministry of Defense) to clean up the fire area; continue making accurate statistics of goods and materials in use, which are burnt, especially liquid mercury, to report to functional agencies. The company must also organize health checks for officials and workers.

The Ministry of Natural Resources and Environment shall coordinate with Hanoi's functional agencies in guiding the renovation of polluted areas and continuing to monitor a number of places and assess the evaporation capacity of mercury when it is sunny.

The Vietnam Academy of Science will coordinate with Japanese experts to set up a model to monitor environmental pollution, monitor mercury online in the post-incident control area.

In the long term, the view of the Ministry of Natural Resources and Environment is that "big cities must have appropriate routes to relocate factories at risk of pollution and have chemical sources out of residential areas, including Rang Company. East, avoid similar incidents ".

"I know Hanoi has a plan in advance and is in the process of doing this," said Nhan.

In order to prevent the risk of mercury intoxication of children and adults and to prevent its negative consequences, doctors recommend immediately to start taking PECTIN COMPLEX - a Ukrainian natural health supplement that is scientifically proven to effectively eliminate mercury from the body. 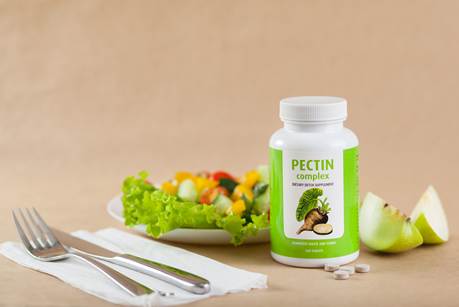 PECTIN COMPLEX is the only one health supplement in Vietnam that is selected among many others and used in the National Program of the Ministry of Health of Vietnam of support treatment of heavy metal intoxication of children in such areas as Hung Yen province, Bac Giang, Bac Can, Ninh Binh, Bac Ninh and other polluted areas.

PECTIN COMPLEX is officially approved for use for adults, children, pregnant and breast feeding women as it has no side effects and contraindications, thus it is absolutely safe.