For several centuries, people actively have changed and modernized the world around them, moving away from the natural conditions of existence. As a consequence, our body is forced constantly to adapt to new environmental conditions.

Today, one of the most vulnerable part of the population – are residents of big cities. Intensive industrial development and urbanization often has a negative impact on children's and adult’s health.

Polluted air – is bane of all major cities. The air we breathe in a big city is not only saturated with hydrocarbon, nitrogen oxides, but also with the salts of heavy metals.

Heavy metals such as cadmium, chromium, mercury, zinc and lead in high concentrations pose a particular danger to our health.

40-60% of the pollution is caused by cars and motorbikes exhaust fumes. Salts of heavy metals are released in to the atmosphere together with exhaust gases of vehicles. Exhaust gases are heavier than air and do not rise up to the sky, but spread over the surface of the ground, which poses primarily a danger to children's health. According to pediatricians, more than 1/3 of children's diseases are developed because the adverse environmental factors. Workers who work outside and children under 5 years old are the most exposed to development of respiratory system diseases and allergies due to polluted air.

All of us are daily exposed to chronic lead poisoning

Lead is one of the most common and dangerous heavy metals. Emissions of petrol engines of motor vehicles are considered a major source of lead contamination. As a result of combustion of 1 liter of fuel in the vehicle, 200-400 mg of lead is released in the air!

We poison ourselves with cadmium

One more common health risk is cadmium contamination. The sources of high cadmium concentrations in the air is waste incineration, coal and gasoline manufacture, production of phosphate fertilizers. An additional and the most spread source of cadmium intake for people is cigarette smoke. Cadmium accumulates in the body and is quite slowly eliminated from the body - during 25-30 years.

It is believed that lungs is the organ that is primarily affected by heavy metals, but it is not quite right. After entering the body, heavy metal form compounds with blood proteins and accumulate in organs and tissues, providing toxic effects on the entire body. Of course, acute heavy metal poisoning occurs quite rarely - only in case of environmental catastrophes. But daily we are constantly exposed to micro-doses of heavy metal salts hat can lead to diseases of almost all organs and body systems. For example, in children who live in ecologically unfavorable environment, kidneys are primarily affected, as they excrete toxins from the body. Later as the disease progresses, it significantly disrupts kidney function. Heavy metals also accumulate in bones, joints, hair and nails, making them weak and brittle.

How to stay healthy in the big city?

Unfortunately, we can not completely avoid the adverse effects of environmental factors on health living in a big city, but following these complex recommendations we can help to reduce the threat of heavy metal chronic poisoning to a minimum: 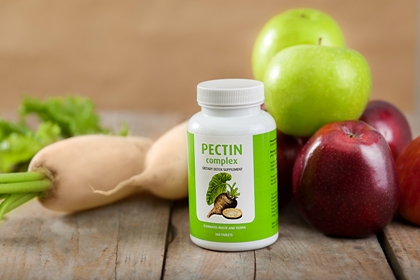 To prevent environmentally dependent diseases in children and adults, doctors recommend  to use a natural detox health supplement PECTIN COMPLEX, containing an optimal combination of sugar beet pectin and apple pectin, enriched with vitamin complex. PECTIN COMPLEX has strong detoxifying and  anti-oxidant properties. By studies conducted in the leading Ukrainian and Russian scientific institutions, it was proved, that PECTIN COMPLEX effectively eliminates heavy metals from the body.

The risk of developing diseases caused by polluted environment can be reduced if you follow simple guidelines, regularly cleanse the body and timely have medical examinations.