Polluted water of Red River and upstream hydropower dams are posing great threats to health and livelihoods of local people along the river in North Vietnam. Recent tests have shown high contents of heavy metals in the river, which could surely lead to dangerous diseases, experts said, adding that contents of lead and cadmium exceeds 7.4 times and 5.15 times than the permitted levels in the northern Yen Bai province. 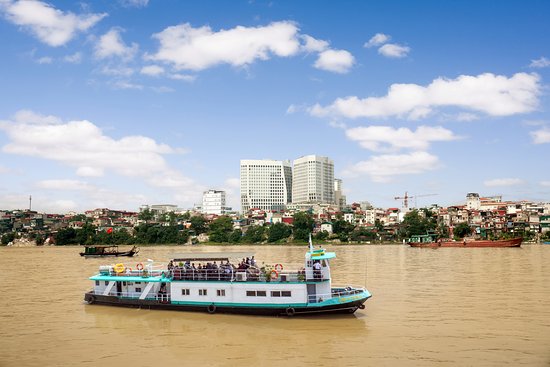 “For the past year, we have been using well water to irrigate our vegetable gardens instead of water of the Red River due to its severe pollution”, local farmer said, adding that “after a few days of watering with river water my vegetables just wither and die, especially in the dry season.” Worse still, chemicals found in the river may have seeped into their ground wells which they no longer use for daily lives, said a farmer from Van Yen district in Yen Bai. Riverfront residents have said that low water levels and serious pollution have threatened fragile fishing and agricultural production of the areas where almost all of the residents survived on fishing. It used to take one hour to catch enough for a meal, Nguyen Van Nghi, a local fisherman in Yen Bai province said, adding that it takes a whole afternoon these days, just to net a snack. 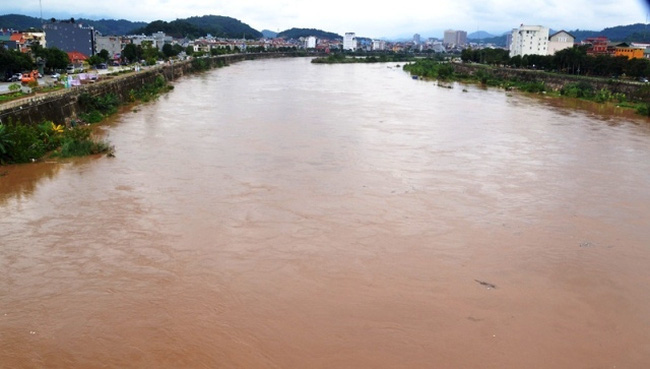 Many other fishermen had also quit the job because fish and shrimp have also become scarce, he added. Hydrological statistics from November 2009 to April 2010 showed that the river is experiencing unprecedented lows and the record lows in three Red River tributaries of Da, Thao and Lo. The Lao Cai Province Department of Natural Resources and Environment said that poor rainfalls and the construction of upstream dams have severely hurt the shrinking river. On March 15, police confirmed that river pollution in Lao Cai, which borders China, had been resulted from the indiscriminate dumping of untreated wastewater in both countries. Meanwhile, Vietnamese inspectors charged that vegetable processing plants, mineral plants and riverfront hospitals in Lao Cai town had all dumped toxic waste into the river. China had planned 20 hydropower plants on the upstream Red River, of which eight are currently operating on the river with a peak load capacity of 1,700 megawatts, the Ministry of Natural Resources and Environment said. The 1,150-kilometer Hong River begins in China’s mountainous Yunnan Province, stretching 556 kilometers into Vietnam, bisecting seven provinces and cities, including Hanoi, before emptying into the Gulf of Tonkin.

Polluted water poses a great threat for the health of local population. Consumption of contaminated water causes lead poisoning, infections like toxoplasmosis or giardiasis, containing viruses like polio or Hepatitis A, water with bacteria like E.coli, cholera or typhoid fever or water with parasites like hookworm and ringworm.

To protect yourself and the family from water borne diseases, you need to conduct preventive body detoxification. Doctors insist that it’s necessary to take a detox course at least twice per year.

Experts admit that presently in Vietnam, a Ukrainian 100% natural detox supplement PECTIN COMPLEX is the most effective, the safest and the easiest way to cleanse the body from toxic pollutants of any origin.

PECTIN COMPLEX effectively eliminates heavy metals, nitrates, radionuclides, pesticides and insecticides and radionuclides from the body. This product is officially permitted for intake for pregnant, breastfeeding women, little children as it does not have contraindications and side effects.