Rising pollution a major concern for parents in Vietnam 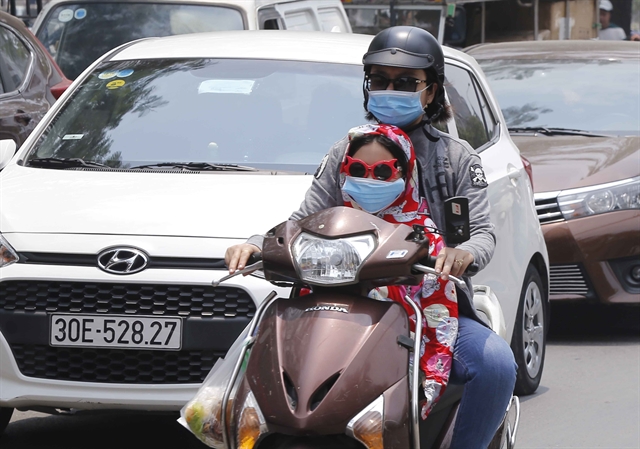 A child wears a mask while travelling through traffic.

HÀ NỘI — Born and raised in Hà Nội, 40-year-old Hương – not her real name – found it hard to move away from the comforts of city life despite her desire for a less polluted environment for her children.

“I got too familiar with the convenience of living in the inner city from schooling to food and many other services,” said Hương. “But when the city becomes overcrowded and polluted and when children have to spend most of their time after school indoors for fear of traffic and pollution, I felt so sorry for my growing kids.”

“Physical health is most important,” said the Hanoian, who now lives some 15km away from the centre of Hà Nội in an area with a higher density of trees.

The 2018 World Air Quality Report ranked Hà Nội as the second most polluted city in Southeast Asia after Jakarta, Indonesia.

Air Quality Index levels display from “average” to “bad” every day. These levels are considered unhealthy for sensitive groups of people, for example those with asthma, little children, pregnant women, elderly people.

A 2018 report by the World Health Organisation (WHO) notes that air pollution affects children “in uniquely damaging ways”.

Summarising the latest scientific knowledge on links between exposure to air pollution and adverse health effects in children, the report has found that 93 per cent of all children around the world, including about 630 million children under the age, breathe toxic air daily.

It concludes that more than one in every four deaths of children under five years old is directly or indirectly related to environmental risks.

The paper says both ambient air pollution and household air pollution contribute to respiratory tract infections that resulted in 543,000 deaths of children under the age of five in 2016.

“Children are society’s future. But they are also its most vulnerable members. The immense threat posed to their health by air pollution demands that health professionals respond with focused, urgent action.”

According to WHO, children are at greater risk than adults from the many adverse health effects of air pollution, and are especially vulnerable during fetal development and in their earliest years, while their lungs, organs and brains are still maturing.

They breathe faster than adults, taking in air and pollutants more rapidly. Many children spend their free time outside, playing and engaging in physical activity in potentially polluted air. New-borns and infants spend most of their time indoors, where they are more susceptible to household pollution and are exposed to gas and toxins as their parents cook.

The United Nations Children’s Fund (UNICEF) indicated that almost one in seven of the world’s children, or 300 million, live in areas with toxic levels of outdoor air pollution at least six times higher than international guidelines.

“As with many of these large urban areas globally, air pollution has become a serious issue in Việt Nam as a result of rapid industrialisation, urbanisation and traffic growth that not only impacts public health and the economy, but also has potentially serious consequences for children’s development,” the agency noted.

With the average human breathing 17,000-30,000 times a day and every breath important to a child’s development, toxic air affects each child’s right to live, learn and play in a clean and safe environment. 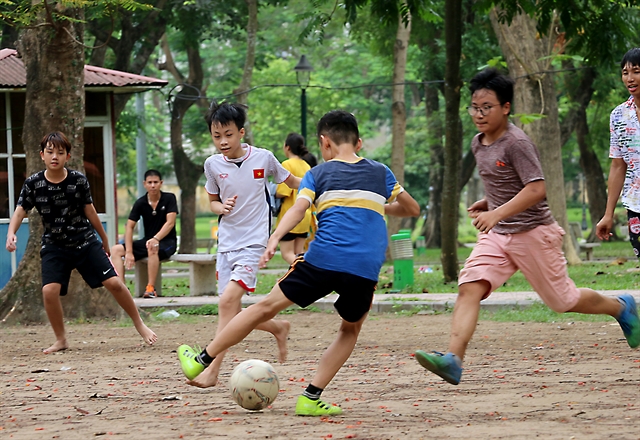 Dr. Jonathan Halevy, a pediatrician from Family Medical Practice Việt Nam, recently saw a three-year-old child who has been suffering from a runny nose, cough, sneezing and red eyes for the past three months.

“Previously he was a very healthy kid, but now he has symptoms almost daily,” said Dr Halevy. “He was prescribed cough and allergy medications and antibiotics. The medications helped a little but as soon as he stopped taking them, he would become sick again.”

Upon questioning the child’s mother, the doctor and his staff found that just before the child became sick, a construction site had been set up not far from their home.

“The heaviest toll on our health of having a construction site near home is the air pollution,” the doctor said. “This is not just the regular dust that you might find in any home; construction dust contains many different types of chemicals including cement dust, heavy metals, synthetic fibres, sawdust and even asbestos (a known cause of lung cancer) and silica (a cause of chronic lung disease).” 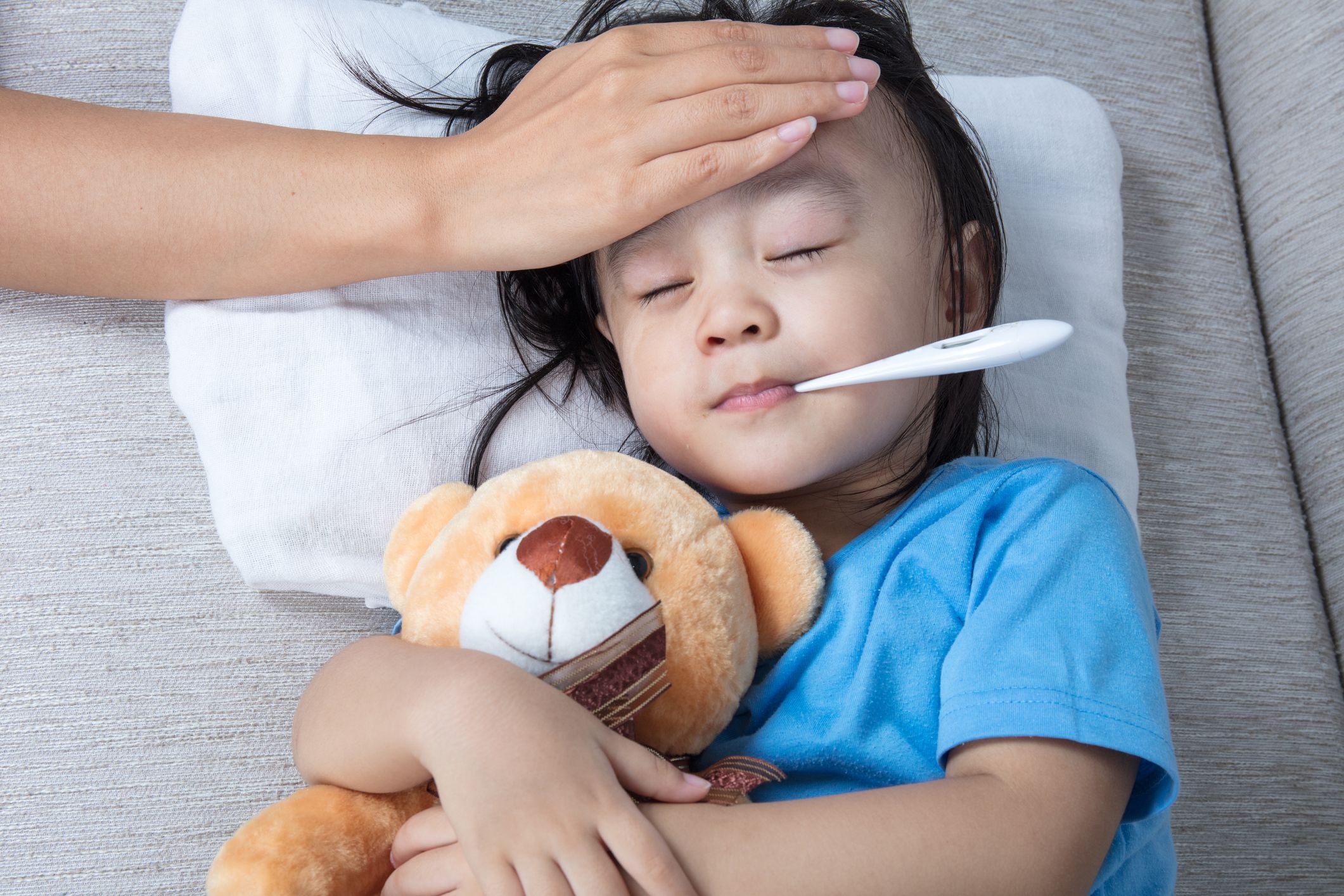 He added that fumes from cars, trucks, bulldozers, generators and other fuel-operated machinery in and around the site can significantly degrade the quality of the air nearby residents breathe.

According to Doctor Trương Hữu Khanh, head of HCM City’s Paediatrics Hospital No 1’s Infectious and Nervous Diseases Department, although there is no specific data available in Việt Nam, figures from international studies are clear.

“Clearly, the number of cases of respiratory infections in children is much higher than before,” said Dr. Khanh “Previously, only two to three per cent of children contracted respiratory diseases; now the number is around 10 per cent.”

“It’s unavoidable when our daily lives take place within a common polluted environment,” said Dr. Khanh. “You cannot choose a less polluted or less crowded route to take your kids to school, for example.”

“What parents can do is reduce smoke at home or examine construction sites and pollution in the surroundings close to their houses,” said the doctor.

UNICEF Representative in Việt Nam Rana Flowers said the evidence from international studies is clear – reducing air pollution is one of the most important things we can do for children.

“The Government, especially the health sector, is facing difficulties in finding the right measures to deal with the problem given how little we know about air quality in Việt Nam,” said Flowers. “In the mind of many governments across the world, there is also a belief that any measure aimed at improving the environment and climate change will get in the way of achieving economic growth.”

But before the Government can take steps, things must start with a commitment from each citizen.

For Hương, the past year since moving out of the city centre has been easier and more relaxed.

“My children now can walk to school by themselves and can enjoy their free time, playing football or cycling in the parks in the proximity of our building. They feel much happier,” said the mother of three. 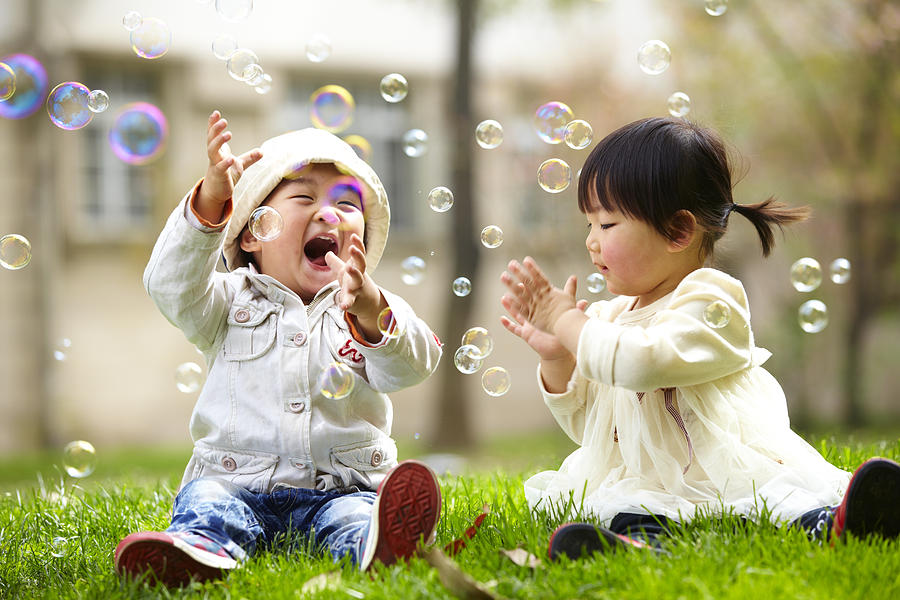 However, very few people can move their home to other destination, but overwhelming majority have to live where they were born for their lifetime. All mothers that care about their children’s future have to provide safety and favorable conditions for the healthy development and growth of children, which is difficult living in such polluted county like Vietnam.

In order to reduce the toxic environmental load on the child's body, all conscious mothers have long time been giving their children a 100% natural detox health supplement PECTIN COMPLEX that effective eliminates heavy metals, nitrates, pesticides and other chemicals that entered children’s body with polluted air, contaminated food and water.

Professors at the National Institute of Environmental and Occupational health officially recommend PECTIN COMPLEX in Vietnam as the most effective and the safest product for cellular detoxification of children and adults.

PECTIN COMPLEX contains 2 powerful natural detoxifiers: highly purified sugar beet pectin and apple pectin, no artificial colorants or preservatives, it does not have any side effects and contraindications, thus it provides effective and at the same very gentle detox for your family!