SAVE CHILDREN WHO SUFFERED FROM LEAD INTOXICATION IN DONG MAI HAMLET

Dong Mai village, Chi Dao commune in Hung Yen province has been long notorious for lead recycling works. Thanks to this profession many households have become better off. However, the health consequences are not small, the number of people who died of cancer is increasing rapidly, and especially many children have extremely high level of lead in blood. Many solutions have been implemented to save the children from the adverse consequences of lead poisoning in Dong Mai.

According to Dr. Doan Ngoc Hai, Director of the National Institute of Occupational and Environmental Health, in 2014, the results of health screening of 109 children in Dong Mai showed that 97% of children had significantly elevated lead blood levels. Among these, 33 children had extremely high level of lead poisoning (6-7 times higher than allowed). There were many children whose families were not recycling lead but still have very high level of lead in blood. This shows that the environment there is seriously lead contaminated. 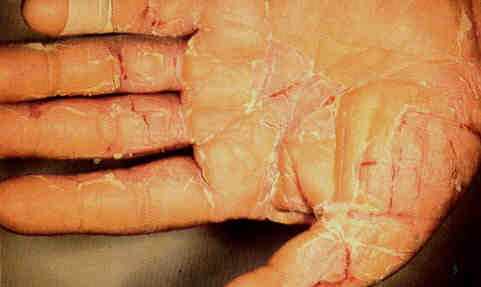 Hand split because of lead poisoning.

Mr. Hai said that in previous years, the National Institute of Occupational and Environmental Health in collaboration with the Poison Control Center at Bach Mai Hospital brought children who had more than 4 times exceeding lead blood levels to the hospital to treat. However, many patients gave up the treatment or did not comply with the requirements of doctors during the course.

Explaining this, Ms. Nguyen Thi Anh, Deputy Director of Hung Yen Department of Healthcare, said the mobilization of children to hospital for lead intoxification is very difficult. Each case of lead poisoning treatment takes about 2 years with 16 courses of treatment, and the cost is over 240 million VND. In addition to cost problems, many families say that their children were only exposed to lead, but haven’t been lead intoxicated so they delayed or abandoned  the treatment.

Children are easier to absorb lead than adults

Having treated many cases of lead poisoning, Dr Pham Due, former Director of Poison Control Center - Bach Mai Hospital, said that in adults, lead poisoning can be cured completely but children usually bear very serious consequences. Once entered the body, lead is spread by  the bloodstream to liver, kidneys, brain, bones, nerves ... Lead accumulates for a very long time, even can stay in the body for a lifetime,  so lead detoxification requires a long time, especially in  young children, because the absorption of lead in children is  higher and faster, and the elimination is longer than in adults. 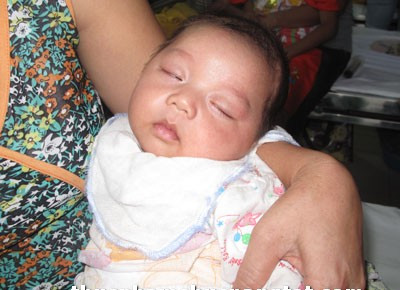 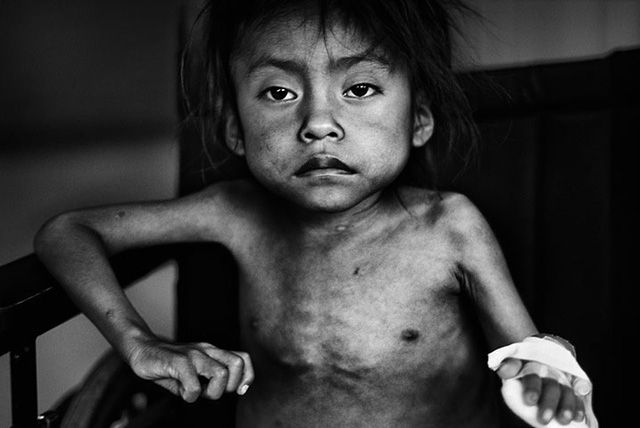 To address this fact, the National Institute of Occupational and Environmental Health of Vietnam in collaboration with partners conducted the implementation of lead detoxification for people in Dong Mai hamlet. After a long a careful study, the only one product, named PECTIN COMPLEX was chosen. The project was implemented in the early of July, 2016 and was ended in September, 2016. In the middle of October 2016, the Institute published the results of lead detoxification by PECTIN COMPLEX. Test results confirmed that lead content in the blood after the treatment significantly reduced and the positive effect of treatment exceeded all expectations.

Two months long program of intervention by PECTIN COMPLEX helped to decreases the level of lead in blood of 118 children in Dong Mai average rate by 21% and in 43 adults by  27%.