The letter that revealed the cause of 32-year-old Ph.D's breast cancer has shocked many people

The female doctor Vu Quyen is young, she had just started making her career and a happy family but passed away forever at the age of 32 because of breast cancer, what made many people shocked. Her letter revealed the reason of her illness had awakened millions of people.

A young woman, Ph.D named Vu Quyen, she was an excellent overseas student, and after her return to China, she was appointed to an important position and was an outstanding young professor in Fudan University. In December 2009, Vu Quyen was diagnosed with breast cancer. By January 2010, she was told by the doctor that her cancer had progressed. At 3 a.m. on 19/4/2011, the young Ph.D. died at the age of 32. 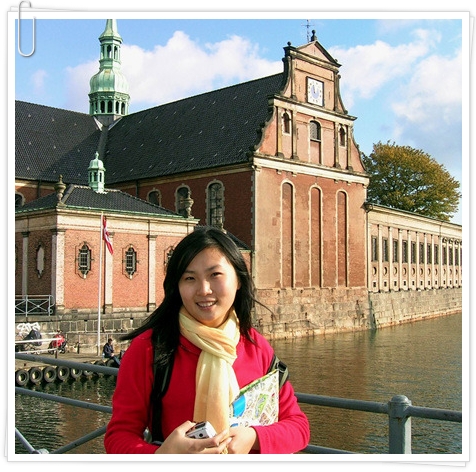 During the time of illness, instead of a mental breakdown, the female doctor was living uprightly optimistic. Moreover, she shared on her personal page about the cause of her cancer and wanted to warn people about the bad habits that many people might have. She just hoped that no one would have situation like hers. After the death of Vu Quyen, this diary has been spread throughout the social network as a wake-up call concernibad habits in modern society today. In the first words of her diary, she insisted: "You must not stay up late."

She wrote: "Firstly, I was not genetically sick, secondly, my body was very good, and third, I had just given birth and was a mother for one year; Breast cancer usually happen when you are over 45, and I'm only 31. I think the reason I have cancer is certainly due to many factors. "

This is the content of the letter of Vu Quyen: When you are in the midst of life and death boundaries

"In the midst of life and death, you will find that, whether you work overtime, or  put yourself  under pressure , remember that a necessity to buy a car buy is  frivolous. If you have time, stay with the kids, give money to your parents or give them a pair of shoes. Do not force yourself to buy a nice house, just stay together with your family, is warm enough. Cancer appeared to be a turning point in my life, it seems that this is the fate that I have to suffer.

In fact, I still feel weird when I suffer from cancer for half a year, despite the physical pain that I have to deal with, my heart is very happy. I suddenly easily let everything go that I bothered me before. By the way, I gradually feel everything is simpler, happiness is also simpler. When I feel that I am going to pass away, I sit here and type some of these words, and I'm always thinking about the question: why  am I suffering  from cancer?

What I'm doing here is very meaningful. Maybe  not for me but it will work for everyone. I have been suffering for a year, suffered from a lot of pain, and finally suffered a severe death sentence like that. All material things are fleeting, I do not want this terrible disease to appear in life anyone. I have to help people to avoid it. I have been thinking a lot and trying to write because, no matter from what point of view, I should not have suffered from cancer. With bitter experience, I began to study in the end what is the cause?

- Eating habits are a problem

I can say I'm a food addict. I have never refused anything on the table, especially meat. If there is no meat on the table, the meal is definitely not delicious. My mother once told me that I inherited this eating habit  from my father. He is a particularly famous chef in the country, all current talented chefs are mostly his students. Even in difficult circumstances, I have never had to eat miserable food.

During school time, I enjoyed the snake hunt game on the phone. Now think again, no matter how smart you are, you will suffer the consequences of greed. I am no different from the snake in that game, eating too much and then becoming a victim. Also, I love seafood. If I am writing about this, it does not mean that seafood is not good, but eating too much of it is not good. I began to get used to what the medical literature said, every cancer cell easy grows if you do not not eat properly. I can only write here with all the experiences that I have gained , in order people  know and  avoid falling into the situation like me. 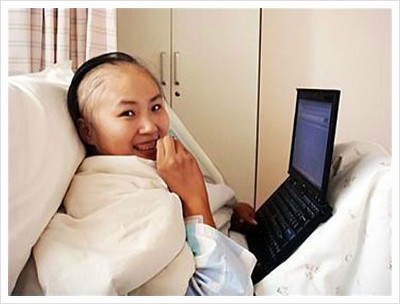 Female doctor is still optimistic in the last days

I have been sitting here writing these lines slowly and sincerely. I gradually feel that these words are far more valuable than my doctoral dissertation. In today's society, there are so many pathways leading to cancer, and I think sleeping habits are one of the causes.

When I was in school I used to go to sleep very late. In fact, going to bed late at my age was not a big deal. I also did not think that falling sleep late could cause cancer. My friends went to bed very late at that time, and their health was good. But in the present time, while sitting and thinking back, I realize that going to bed late late extremely damages your health. Recalling 10 years ago at the dorm, I often stayed up late, specifically I never went tot bed before 12 p.m.

There waere even days that I had been revising for the exams all day and night, and that was the reason of staying up late. Also, after a stressful study period, I also spent a lot of time online, eating out, going to karaoke with my friends, and the earliest time when I went tot bed was 1a.m. Now, I am suffering from cancer and I started to study Chinese traditional medicine, and gradually have understood how much my organs are hurt. And the importance of getting a good night's sleep: from 11 am to 1 am is the best time. Because during this time some body organs play an important role. 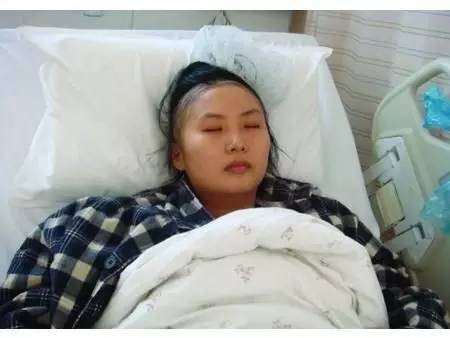 "I am surprised and understand the reason why my liver function has been seriously impaired," she said, as she admitted that she used to stay up late during her school days

During the treatment, my liver had some very high indexes but before I had no symptoms of liver disease. I am surprised and understand why my liver function has been seriously impaired. Because if the patient has poor liver function it is not recommended to continue the chemotherapy. Due to the explanation of the doctor, from 11 p.m. to 3 a.m. is the most active period liver functioning , which is also the best time for liver detoxification. If  your body does not rest enough, the  insufficient blood supply to the liver may occur, and it  may cause difficulties for liver cells to heal the  deterioration and aggravation. Perhaps the saying "staying up late at night is like suicide" is not too exaggerated. Therefore, all doctors advise that people should go to bed ot later than 11 p.m.

Being ill, I have realized that we should pay more attentionto our health in a time that can be controlled. You can go to bed early and treat your body well. All kinds of entertainment like watching movies, karaoke gatherings, … try to think it is just instant enjoyment, then what else? The fact that it is very necessary to consider it the sooner the better in order to save your health.

- Study and work as much as you can

Life exists for having ambitions, forward thinking. I am the one who has always wanted to achieve many  goals and I have lived like that for about 30 years. I have realized that I had wasted a lot of my time in youth. In the past, when I was still at school, I was not really a diligent student. Just two weeks before the exam I started studying. I started cramming, staying up late, learning all days and nights, trying all my best to put all the knowledge in my head. But in the end, the achievement was not good either. I think that there are many people who have the habit of living like me, so I want to remind you really to take care of your health, do not let yourself to be exhausted like I was.When I realized that, it has been already too late.

- The environment plays an important role

This problem is considered too big. I do not know how to analyze. However, according to health experts, a polluted environment causes a lot of health problems.

Finally, I know that for me everything is now too late. Life has three most suffering things: getting old without having children, being middle-aged without spouses, children who don’t have mothers. If I pass away, my parents, my husband and a little child will feel very miserable. So I have to be strong for the rest of my life. I want to advise you not to underestimate your own health.

Successful people need to pay more attention to prevent cancer. Doctors recommend that you should have medical checks twice a year. Do not avoid health checks  for many years, because when you may find out about your health  problems it can be too late to treat. The most important thing is to change the bad habits, limit unhealthy entertainments, eat less unhealthy food, and exercise regularly. That is how you can enjoy the happiness together with the people you love.