The Reality of Environmental Pollution in Vietnam: Survival Tips

The issue of environmental pollution in Vietnam is a hot and severe topic. So many domestic and international newspapers mention that this problem is extremely serious and at an alarming level. Especially, water and air pollution are the two most significant issues, even the statistics shows that Vietnam becomes one of the leading countries causing the most serious pollution in the world. Besides, soil pollution which is an important issue, along with 2 above ones, causes severe consequences for the environment and inevitable diseases to humans’ health.

A group of researchers and experts in America and Australia listed 12 countries affecting considerably to the ocean by the year 2018 and Southeast Asia area has up to 5 representatives: Thailand, Vietnam, Malaysia, Indonesia, and the Philippines. China ranks the first with nearly 8.8 million plastic wastes, and Vietnam ranks the fourth with 1.8 million. It is really alarming that the developing countries are main causes of environmental pollution in 10 recent years. A terrible fact probably occurring by 2050 is that the ocean contains much more wastes than sea creatures if the plastic wastes situation is still continuing, according to the United Nations report. In addition, the unexpected fact is that it takes only 5 seconds to produce a plastic bag, 1 second to throw but up to 500 or even 1000 years to decompose. 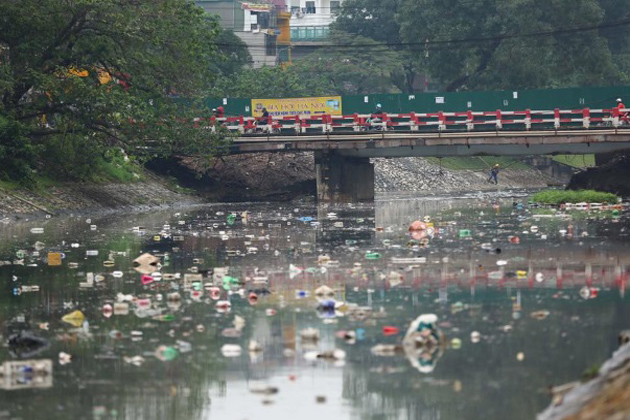 A reason for water pollution in Vietnam is that many companies and enterprises cannot manage rubbish and then pour wastes into rivers and streams, which the government cannot control at all. Meanwhile, rivers and streams are two main sources of water for use.

As a result, in many places of Vietnam, especially remote areas, people get diseases like cholera, diarrhea or skin diseases as having to use water from rivers and streams. The basic reason is that many households are not supplied with piped water and hygienic latrines, so they do not have water to use or they do not have a water filtration system. Also, many people take the water from hand-dug wells that are not surely clean. In another hand, many marine creatures died from water pollution due to its heavy chemicals.

It is constantly urgent for the government and businesses to take responsibility for water pollution. The government should have new strict laws to prevent companies from pouring wastes into the water and manage better-piped water systems in many areas.

According to news of VOA, in general, air pollution in Vietnam is not as serious as in China and India, however, the pollution is becoming worse and worse. The latest study about environmental performance index of Yale University (the US) reported that Vietnam is in the list of top 10 worst air polluters in the world by 2018. 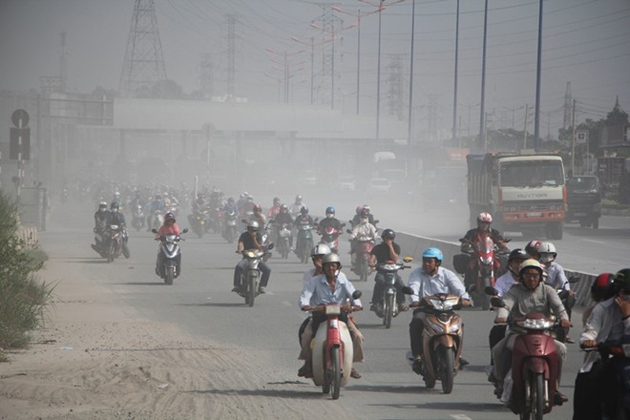 The most noticeable reason for the pollution is Vietnam traffic. There are too many vehicles in Vietnam with the number of motorbikes consumption ranked as the fourth in the world, especially in urban areas such as Hanoi capital and Ho Chi Minh city. In these large cities, there are full of means of transport on the streets, even an overload in the rush hours. The smoke and dust from those vehicles are destroying the fresh air in these cities. Moreover, Vietnam is developing in the direction of industrialization and modernization, so dust is significantly increased.

A research of Vietnam Forbes also showed that the quality of the air in Vietnam is very poor with red, dark red and yellow colors covering the whole country. And a truth is that the Northern area is more severely polluted than the Southern area.

In Vietnam, the air environment monitoring system is also rare. Recently, experts of Germany government announced in their survey on environmental pollution in Ho Chi Minh city that this contamination issue is 23 times as much as that in cities of Germany.

Humans have to face many diseases such as asthma, cough, rhinitis, pharyngitis or even lung cancer as exposing to air pollution. It is totally crucial for the government to limit the number of vehicles and to set new strict rules to people polluting the environment by throwing wastes in the wrong way. It is also necessary to awaken people’s awareness of this alarming problem.

Although Soil pollution in Vietnam is not an urgent problem like water and air pollution, it is also a vital issue to take into account as referring to environmental pollution. It can influence people’s health as well as agricultural productivity which is the strength of Vietnam development model. 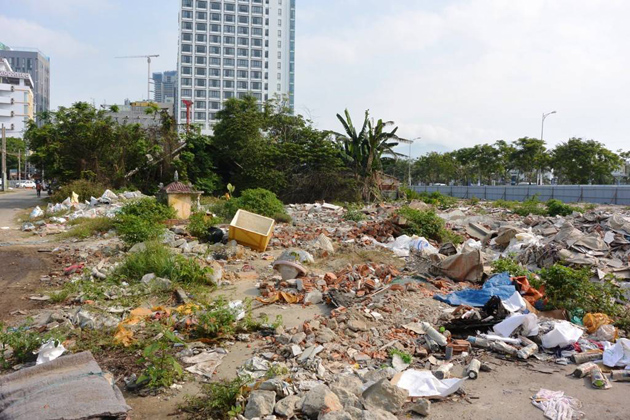 According to reports of Vietnam Environmental Administration, the quality of the soil environment in almost urban areas is now becoming seriously polluted due to the wastes and rubbish from industrial activities, construction, living, and waste landfill.

Unwanted statistics listed by the Institute for Occupational and Environmental Health (Hung Yen) records that 207 children out of 317 having sample tests are lead – poisoned.

Many experts affirmed that soil pollution due to chemicals is one of the most serious contaminations. Therefore, all people have to involve in protecting the environment especially three natural resources by avoiding the use of plastics wastes and collecting them effectively.

In a word, pollution has ruined the beautiful images of Vietnam in minds of international tourists. Vietnam is a developing country so environment cannot receive too many attentions compared to other fields such as economy or national defense.

The key environmental problem of Vietnam is lead pollution. Especially it is dangerous for children, because chronic exposure of children even to small amounts of lead can cause serious retardation and impairment of physical and mental condition of kids.

The solution to ensure good health for you and your children is natural periodic body detoxification. In Vietnam, PECTIN COMPLEX , a natural detox health supplement imported from Ukraine is the only one product that is recommended and used by the Ministry of health of Vietnam and the National Institute of Occupational and Environmental Health of Vietnam for the national program of support treatment of lead intoxication of children and adults living in populated areas of Vietnam like Hung Yen , Bac Ninh , Ninh Binh , Bac Can, Thai Nguyen and others. 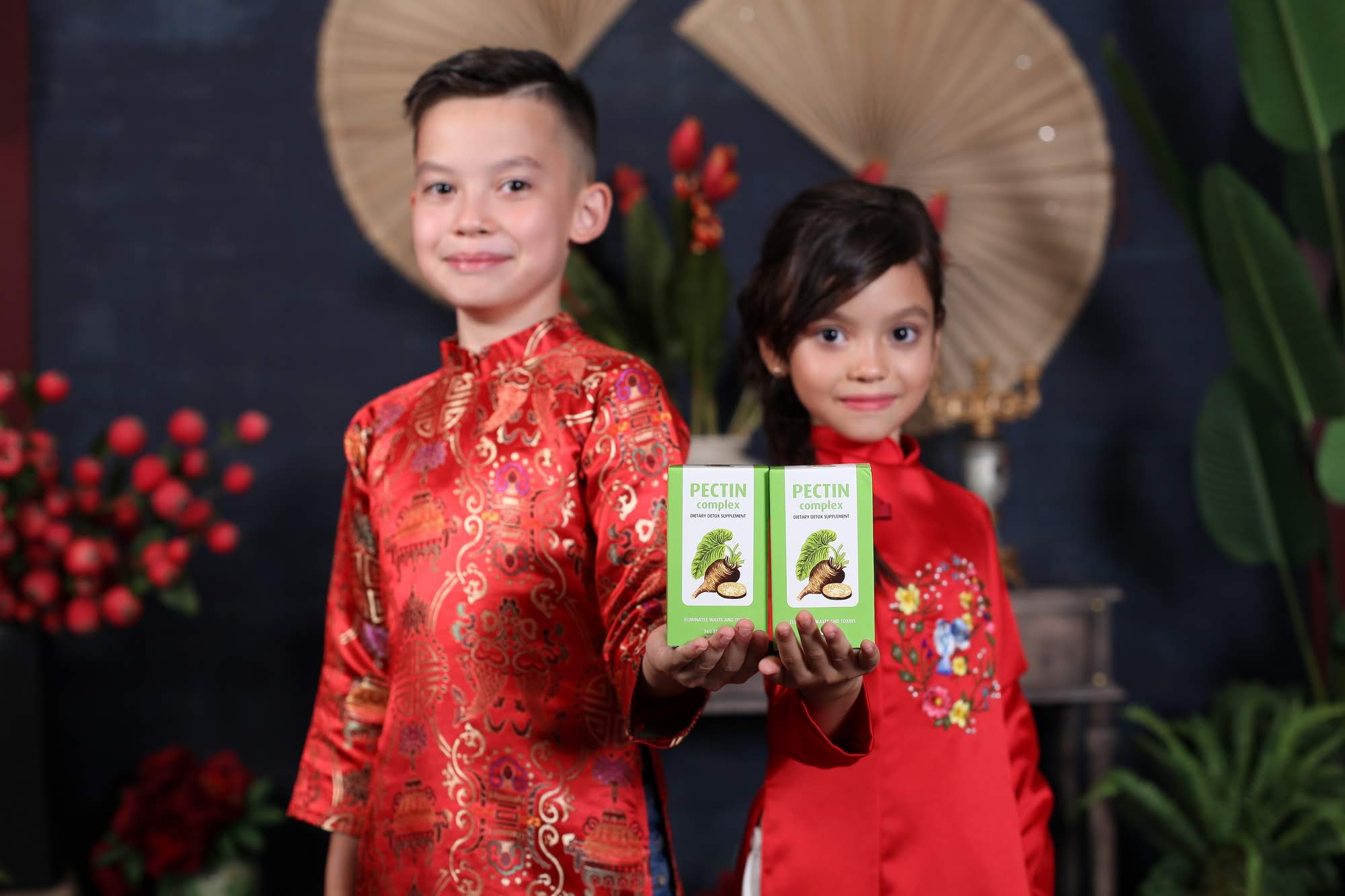