Using a refrigerator can cause cancer 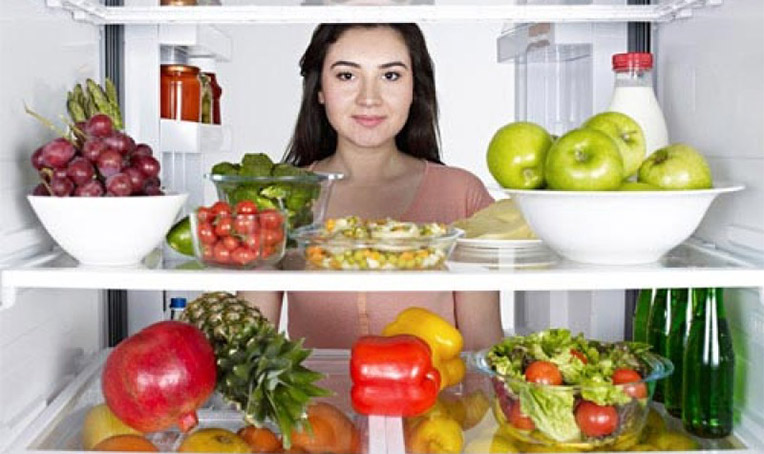 A study conducted in 2012 by Hanoi Medical University showed that there is still a high incidence of cancer despite using refrigerators to store food. However, if the food is properly stored in the refrigerator, the rate of cancer will be lower than those without refrigerators.

Specifically, the survey was conducted with nearly 600 people. In 330 cases when people did not use refrigerators in household, 185 people of 330 had stomach cancer. And for 282 refrigerator users surveyed, 121 had gastric cancer.

In principle, refrigerators help to keep the food fresh, prevent appearance of mold and prevent the formation of a cancer-causing toxin: Aflatoxin. But some common mistakes in the use of refrigerators make the food contaminated with germs which cause dangerous diseases, most commonly stomach cancer and colorectal cancer.

Some mistakes in storing foods in the fridge cause cancer:

1. Eating left over foods from the fridge 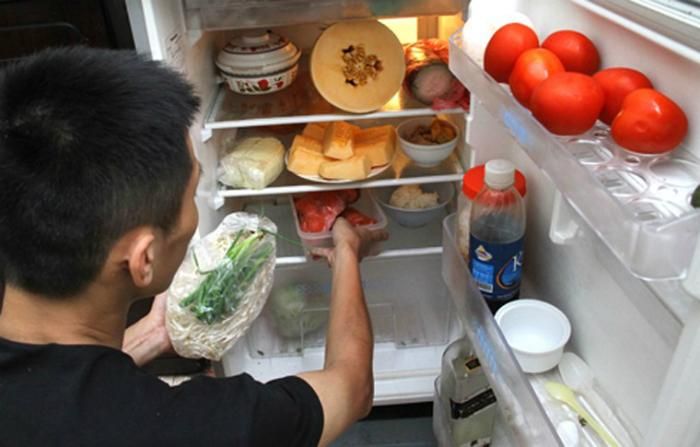 Research team at the University of Zhejiang (China) found nitrite compounds (one of the main causes of cancer) in left over foods stored in refrigerators. They said that the tests for nitrite concentrations in cooked dishes next day showed that nitrite levels were several times higher than the standard threshold, though they were stored in the refrigerator. Specifically, after 18 hours staying in the refrigerator, when the dishes were put to the microwave for heating up: the nitrite content in the fried vegetables increased by 443%, in the herring - by 54%, egg fried with meat did not change the nitrite content.

Dr. Lam Van Man (Head of Research and Technology Transfer - Institute for Food Safety) explained that in the food leftovers there are many harmful microorganisms. These microorganisms only cease their activity when being put into the refrigerator but are not destroyed. So getting food out for reheating does not kill all bacteria and people are at high risk of food poisoning.

The leftover food should not be stored in the fridge for more than 5 to 6 hours. When you take them out, they still need to be cooked because the temperature in the refrigerator only inhibits the growth of bacteria, but cannot destroy it.

At low temperatures, poor quality plastic bottles release dioxin. This is a very toxic substance which is the main cause of cancer, especially breast cancer. Not only that,  plastic also contains substances such as bisphenol A (BPA), phthalates, etc. These substances are very harmful to humans, especially pregnant women and children.

3. Putting potatoes in the fridge

Potatoes stored in the refrigerator produce acylamide - a carcinogen that was first found in food by the Swedish National Food Authority in 2002. According to scientific studies, acylamide can cause neurotoxicity, impaired neurotransmission, numbness or loss of limb sensation, Alzheimer's disease, peripheral neuropathy; can affect fertility and cause potential risk of neoplasm, breast, uterine, oral, peritoneal, and thyroid carcinoma. 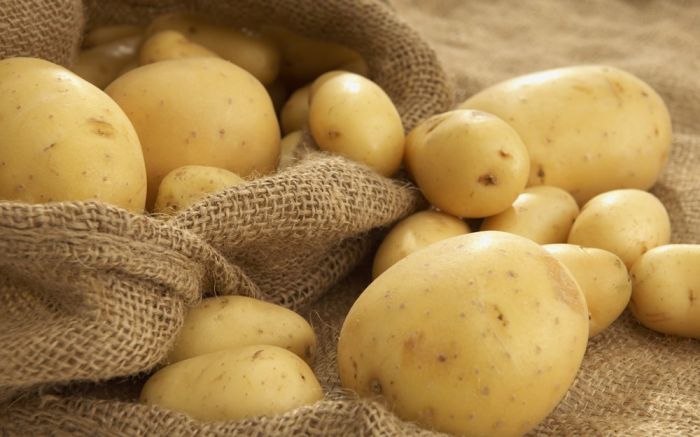 Store potatoes in a bucket, or wrap them in paper and place in shade at room temperature. Do not put potatoes in plastic bags as moisture will speed up a decay process.

4. Storing too much food in the fridge 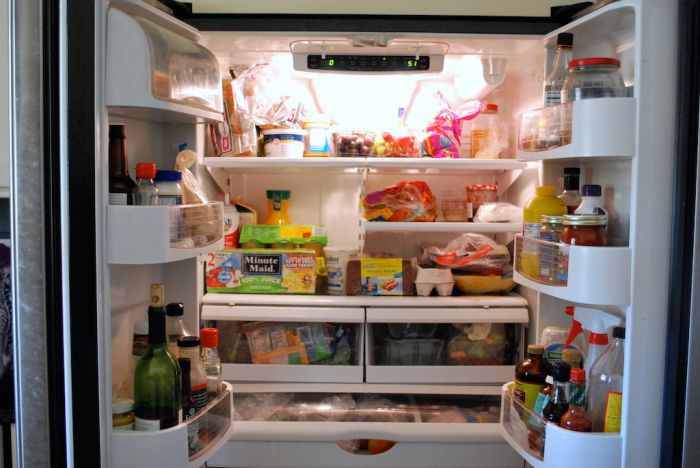 When too much food in the fridge is stored, cold air cannot circulate well to some locations in the refrigerator, which causes high temperatures, where bacteria can easily multiply and spoil food.

5. Not covering up food leftovers

Food leftovers placed in the fridge, if not covered, increase the risk of bacterial contamination of other foods, even producing bacteria and spreading throughout the refrigerator. Store leftovers in clean containers, with lids or plastic wrap.

6. Putting raw and cooked food together

Putting ready-to-eat foods such as cooked foods (salads, fruit, ice cream ...) next to raw foods (meat, fish, vegetables) will increase your risk of infectious diseases. Bacteria can spread and enter the body.

Therefore, before you put food in the fridge, you should wash the raw food and put it in a clean, closed or sealed container. Fish should be stored in the freezer, if you just want to cool it, you should use it within 2 days.

7. Not cleansing the refrigerator often 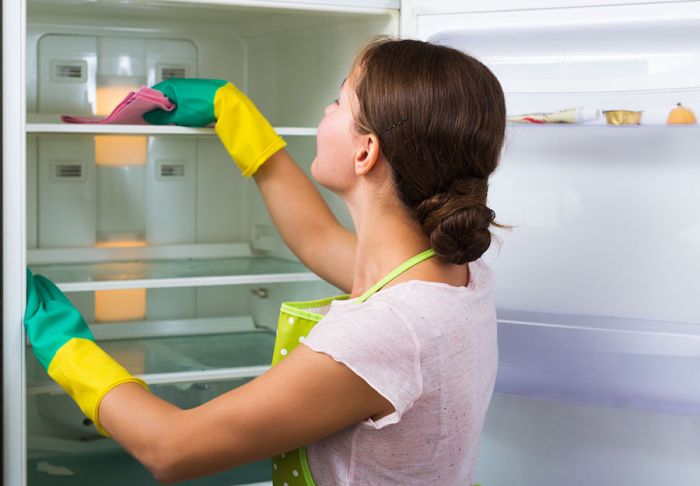 Dirty refrigerators are a perfect place for bacteria to hide. In addition, some foods will be forgotten in the refrigerator and will make bacteria multiply, increasing the risk of disease.

8. Not washing vegetables before putting them in the fridge 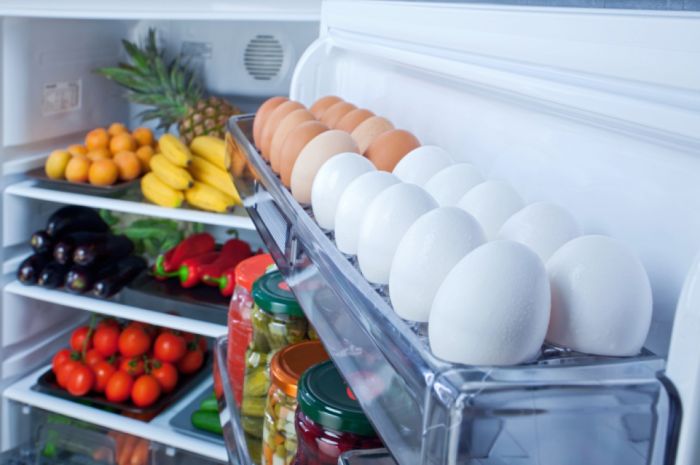 Vegetables before storing  in the fridge need to be cleaned

Vegetables usually contain a type of bacteria called E. coli, which is often found in soil. If you put vegetables and fruit that are not washed immediately into the refrigerator, it will cause the spread of bacteria to other foods and increase  the risk of health problems to the people who will eat this food.

11. Storing processed vegetables in the fridge

Vegetables that are processed should not be kept in a refrigerator. When cooking at high temperatures with adding salt, the bacteria in the food grow very quickly and may be carcinogenic.

12. Putting hot food in the fridge

The properties and the taste of hot dishes put in the fridge will deteriorate and cause other foods to heat up, causing bacteria to multiply. In addition, if hot food is contained in a sealed container or food-wrapped film, it condenses the vapor and promotes harmfulbacteria that poisons all the food in the refrigerator.